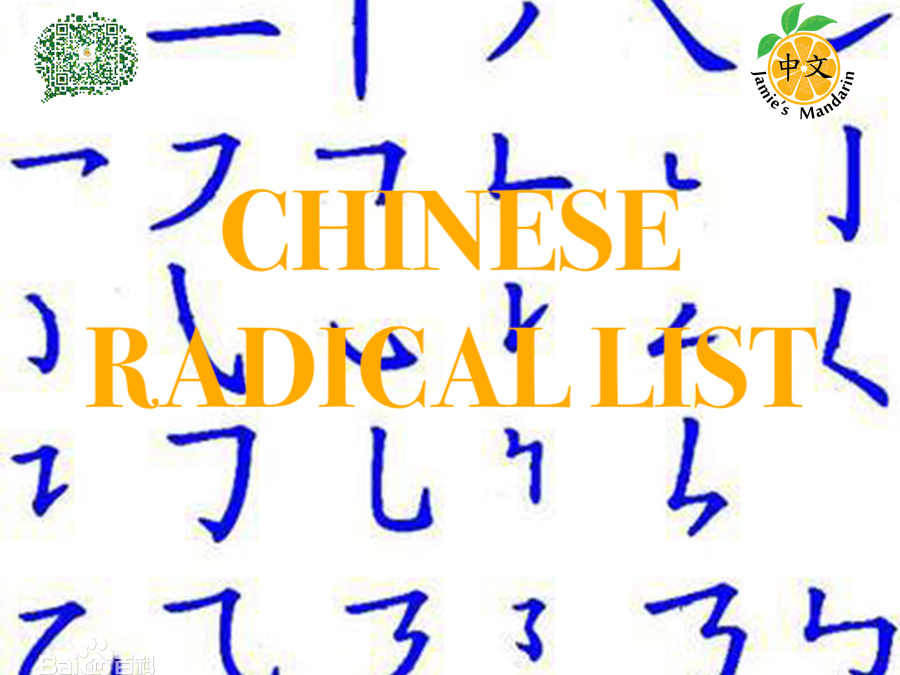 Chinese characters can be decomposed into components called radicals or bùshǒu部首. The most commonly accepted table of radicals for traditional Chinese characters consists of 214 entries. These 214 radicals were popularized back in the reign of Qing emperor Kangxi, who commissioned what is now known as the Kangxi Zidian 康熙字典 , a character dictionary listing over 47,000 entries. Tables with fewer or greater numbers of radicals have been devised for simplified characters. Being able to recognize the common radicals helps in the learning and recognition of new characters.

Some but not all radicals are complete characters in their own right. Some radicals have more than one form. Finally, simplified characters have resulted in additional variants.

In the following table, the English names were taken from the Unihan database, a database of international characters. The stroke count refers to the main form of the radical only.

Do some radicals look very similar? Check out the similar-looking radicals. 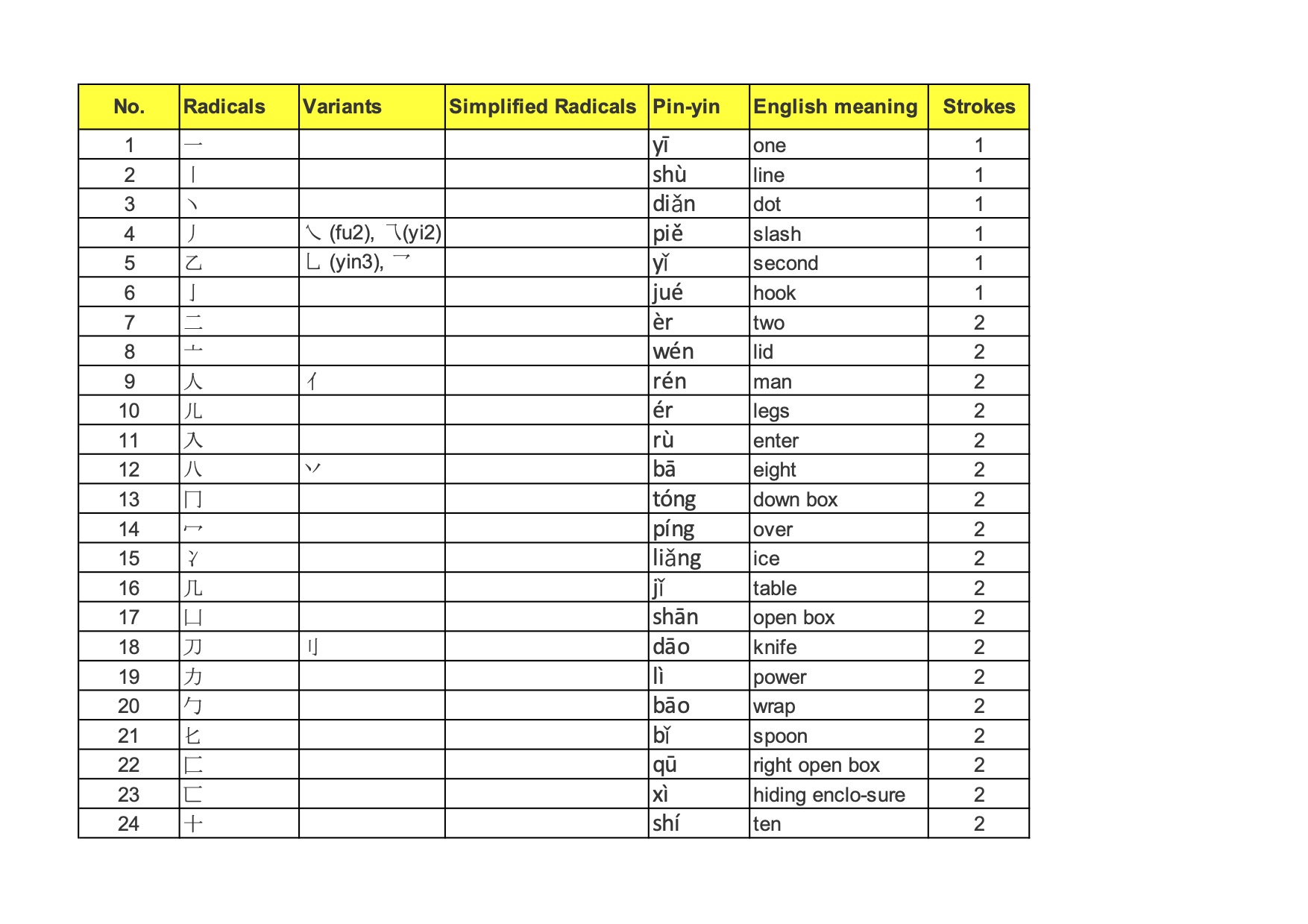 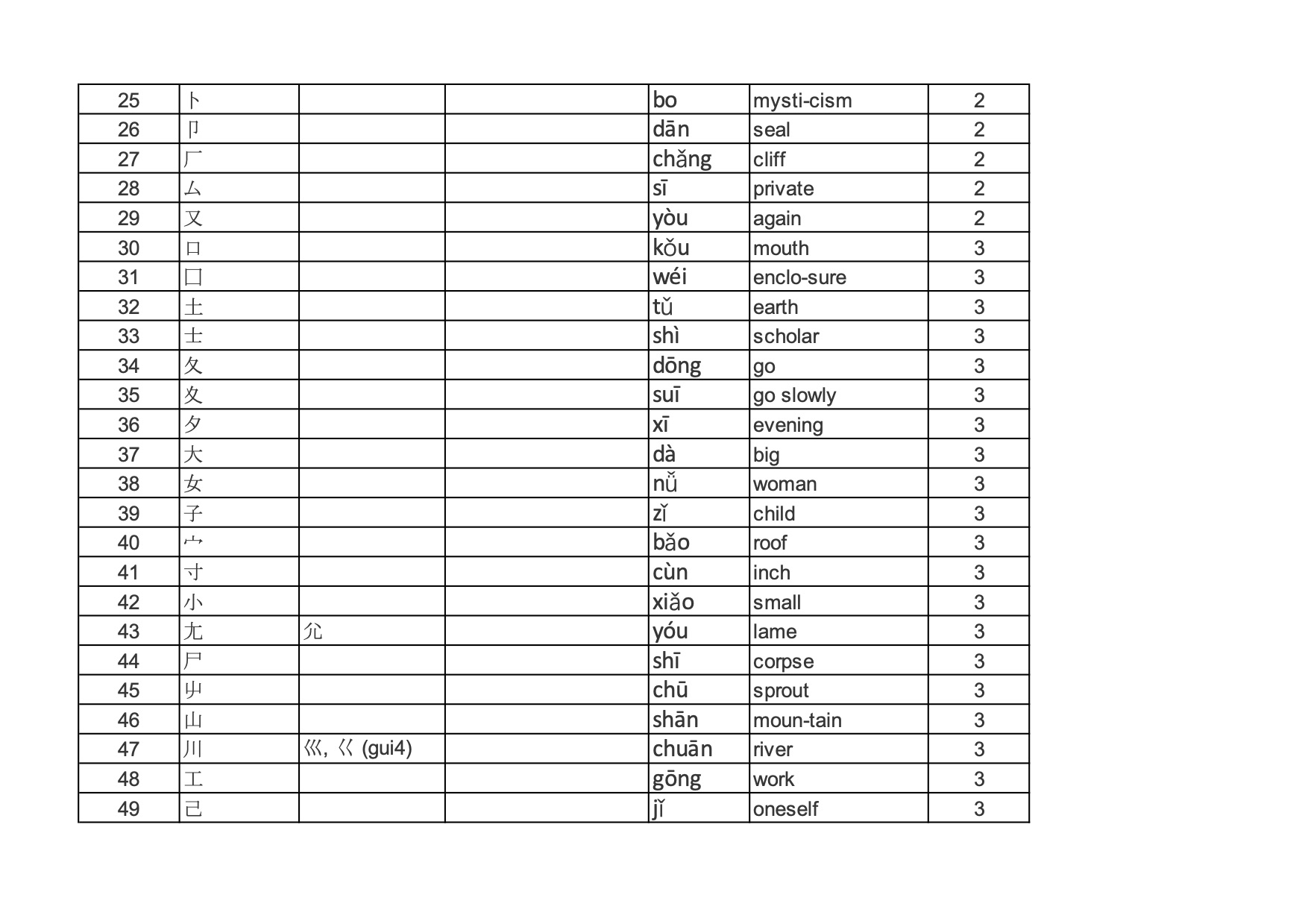 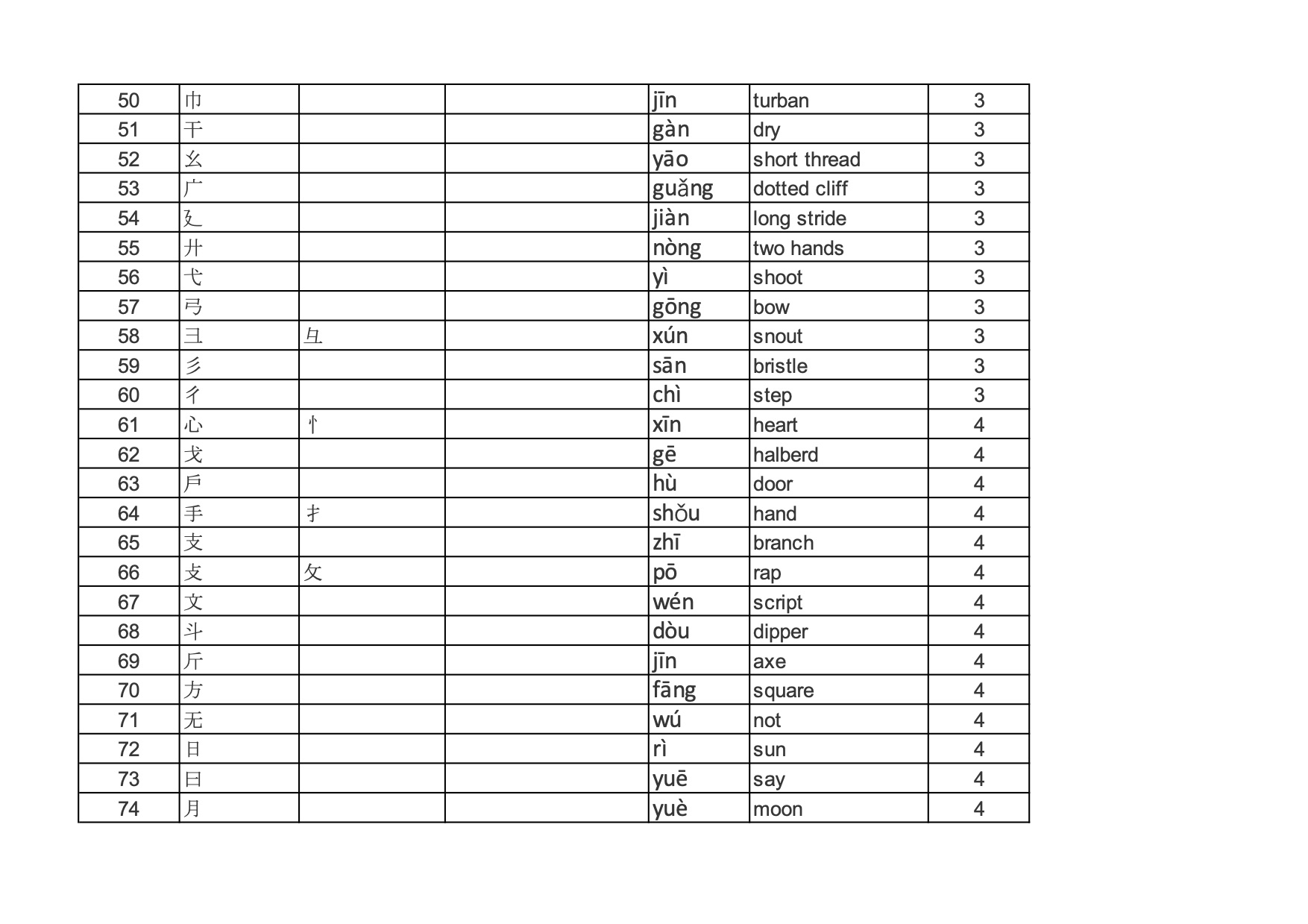 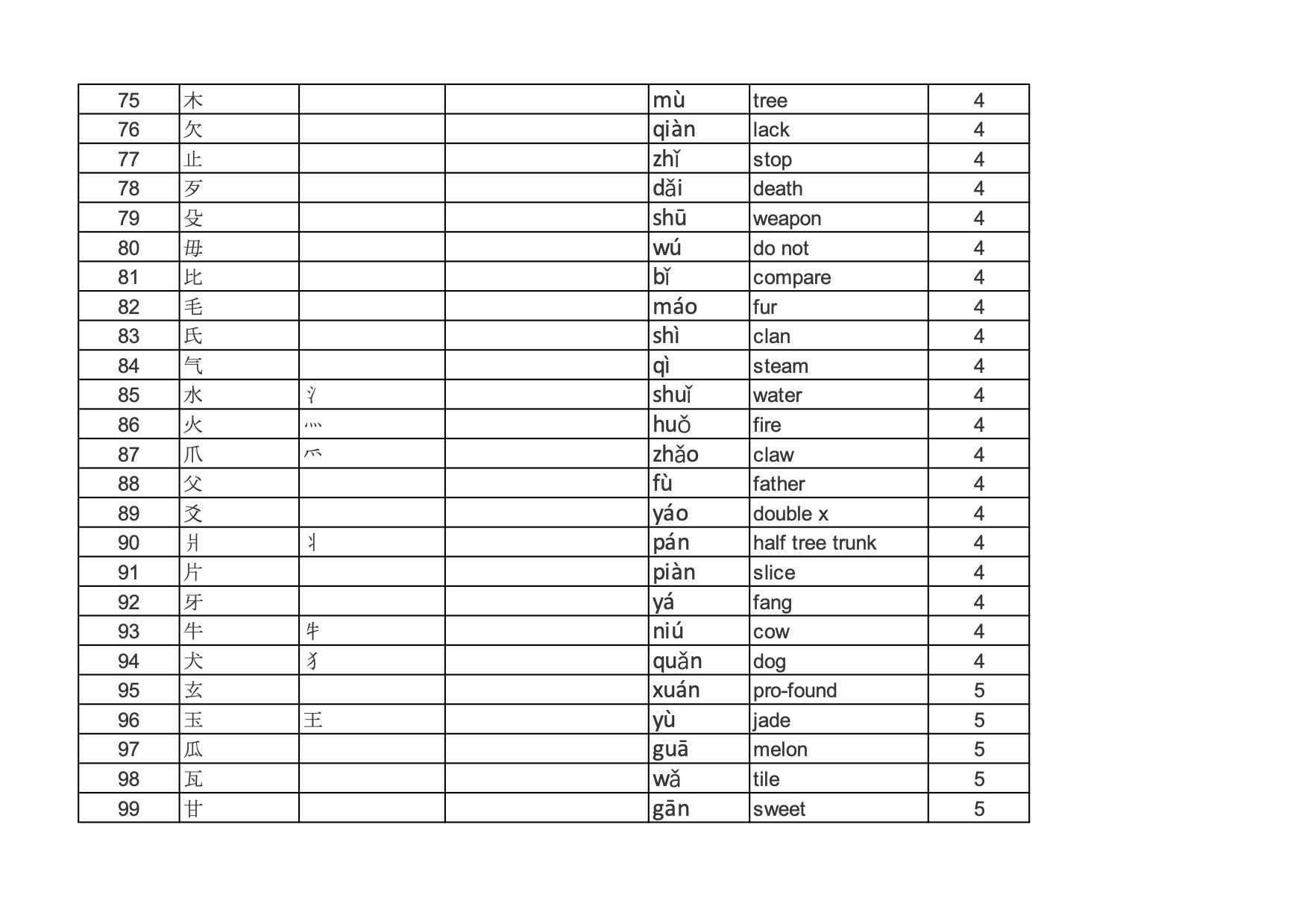 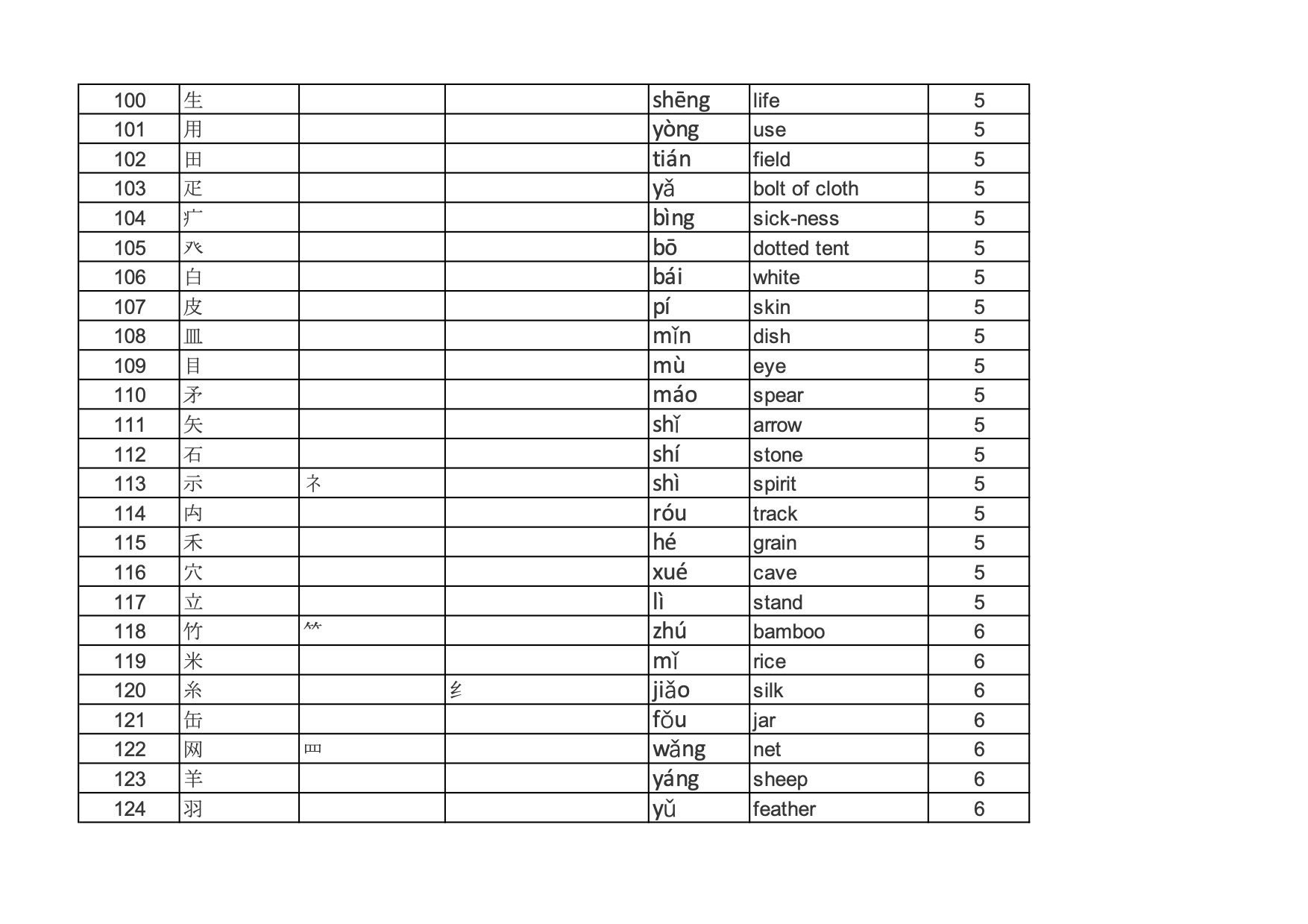 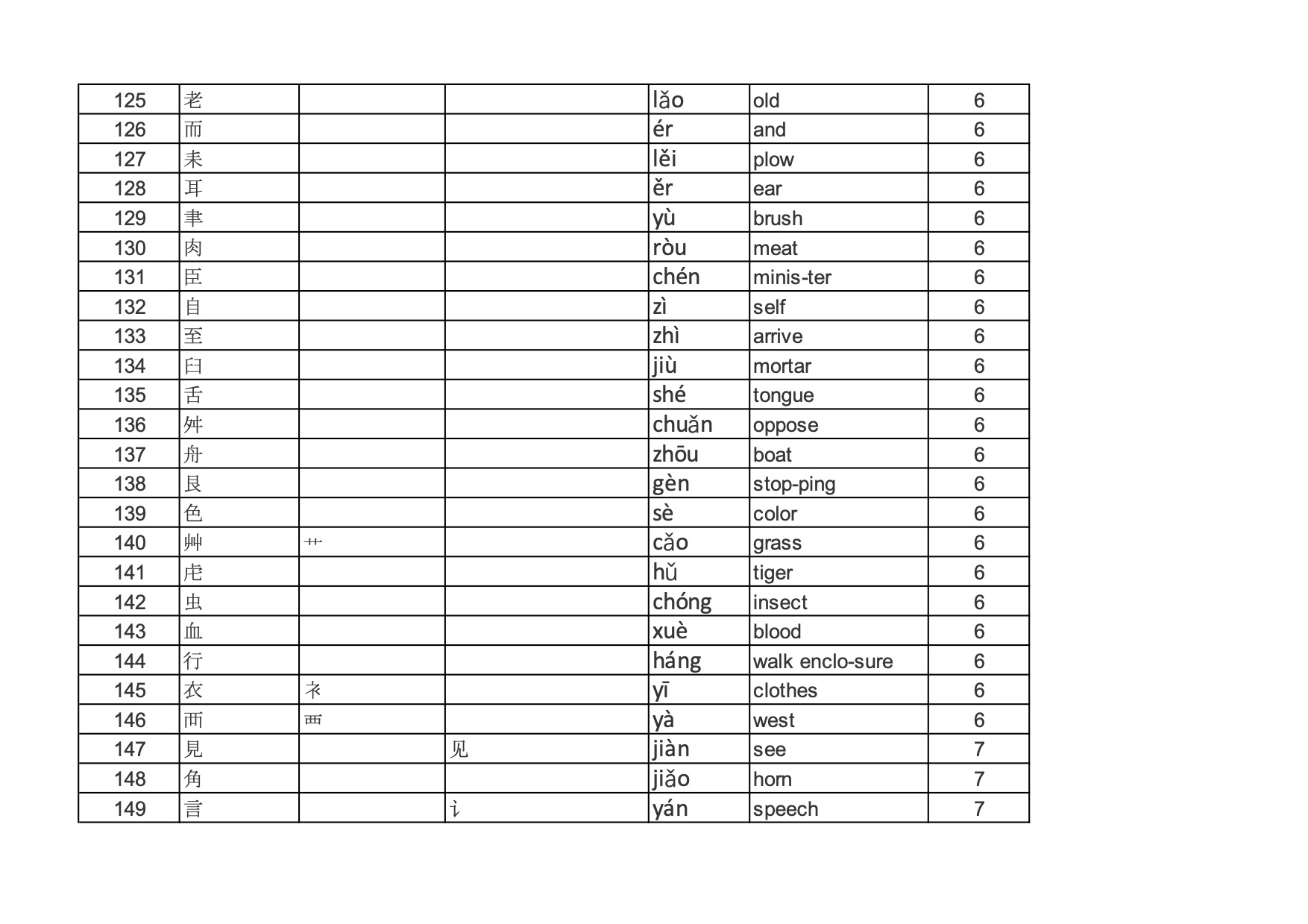 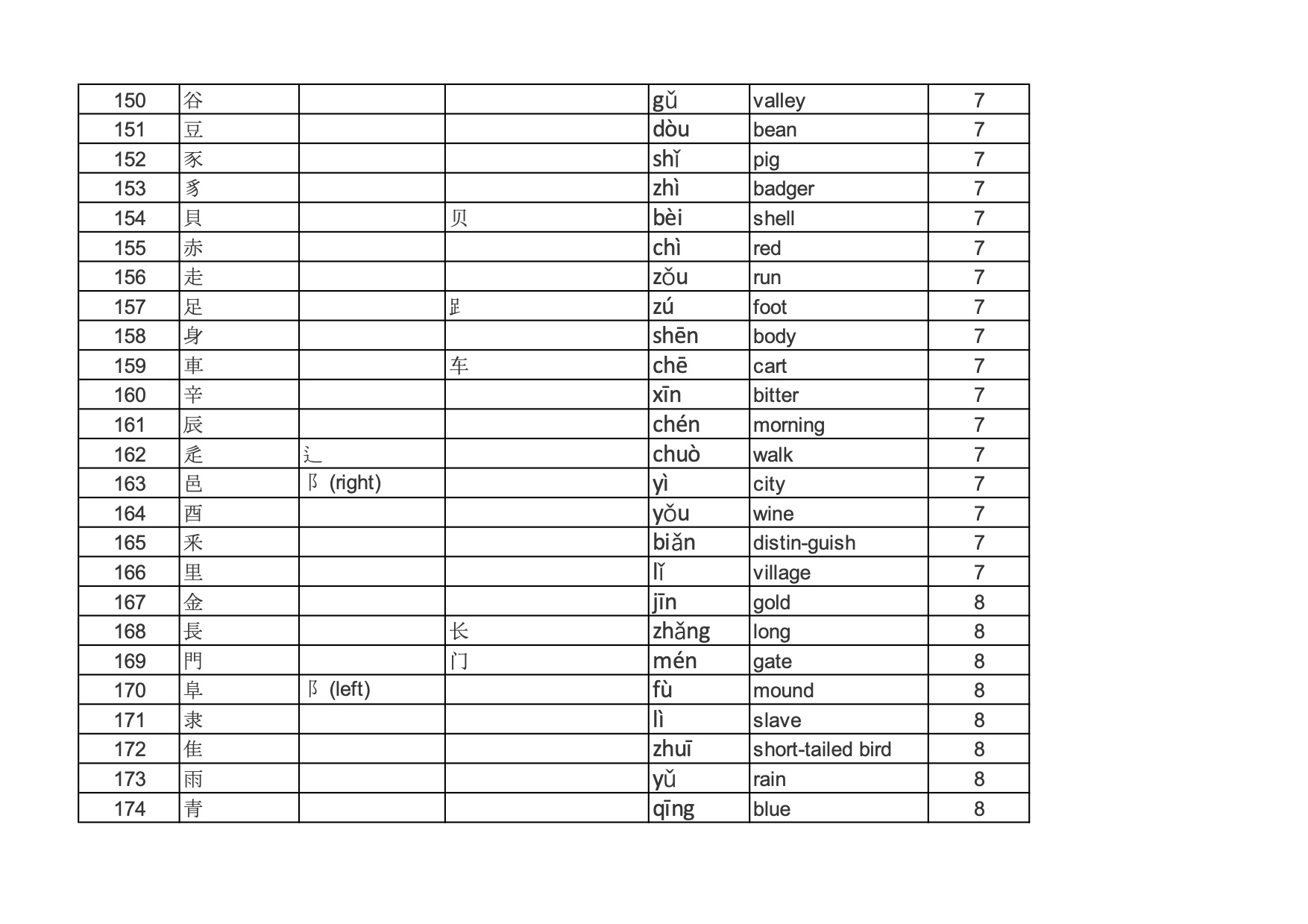 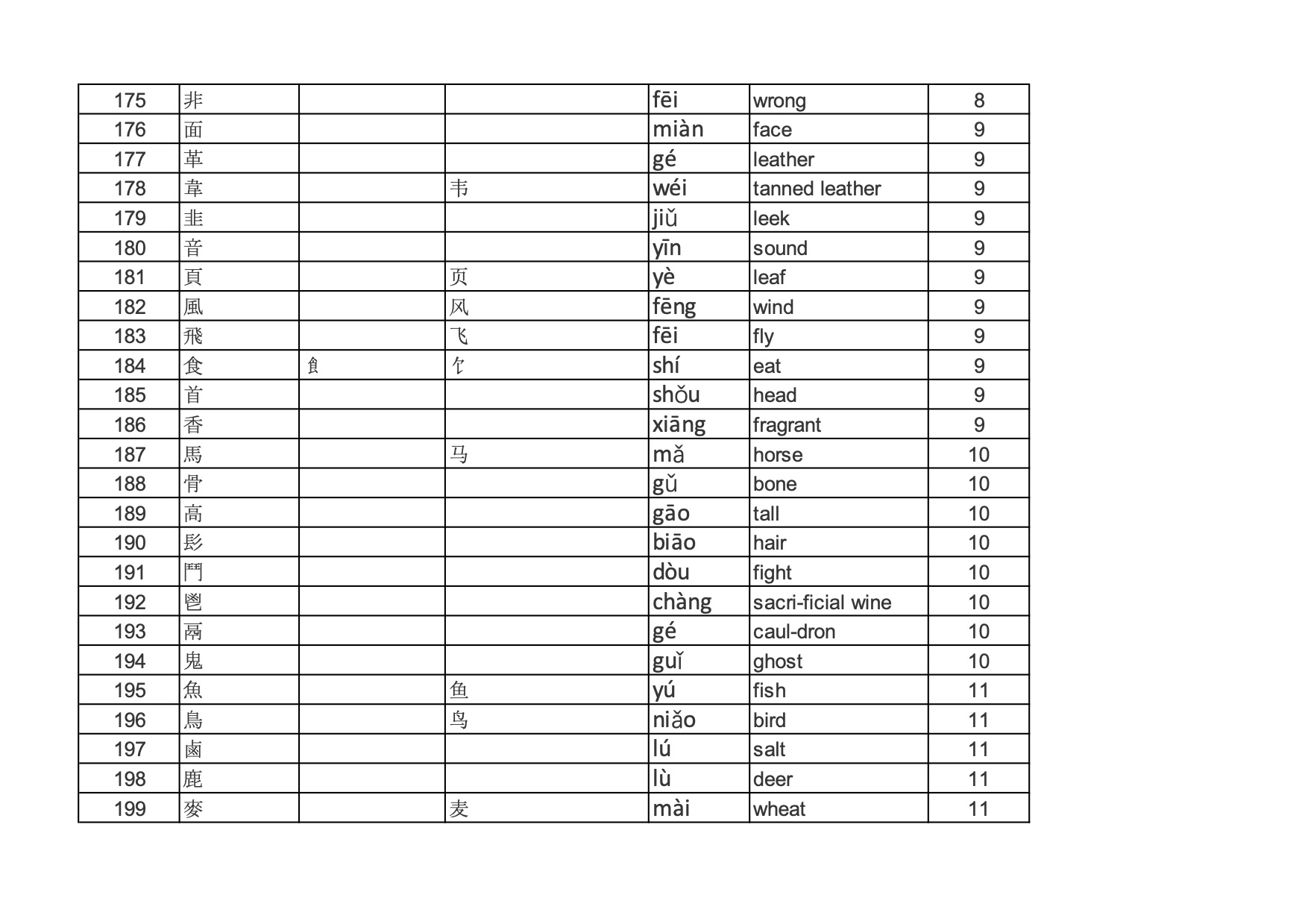 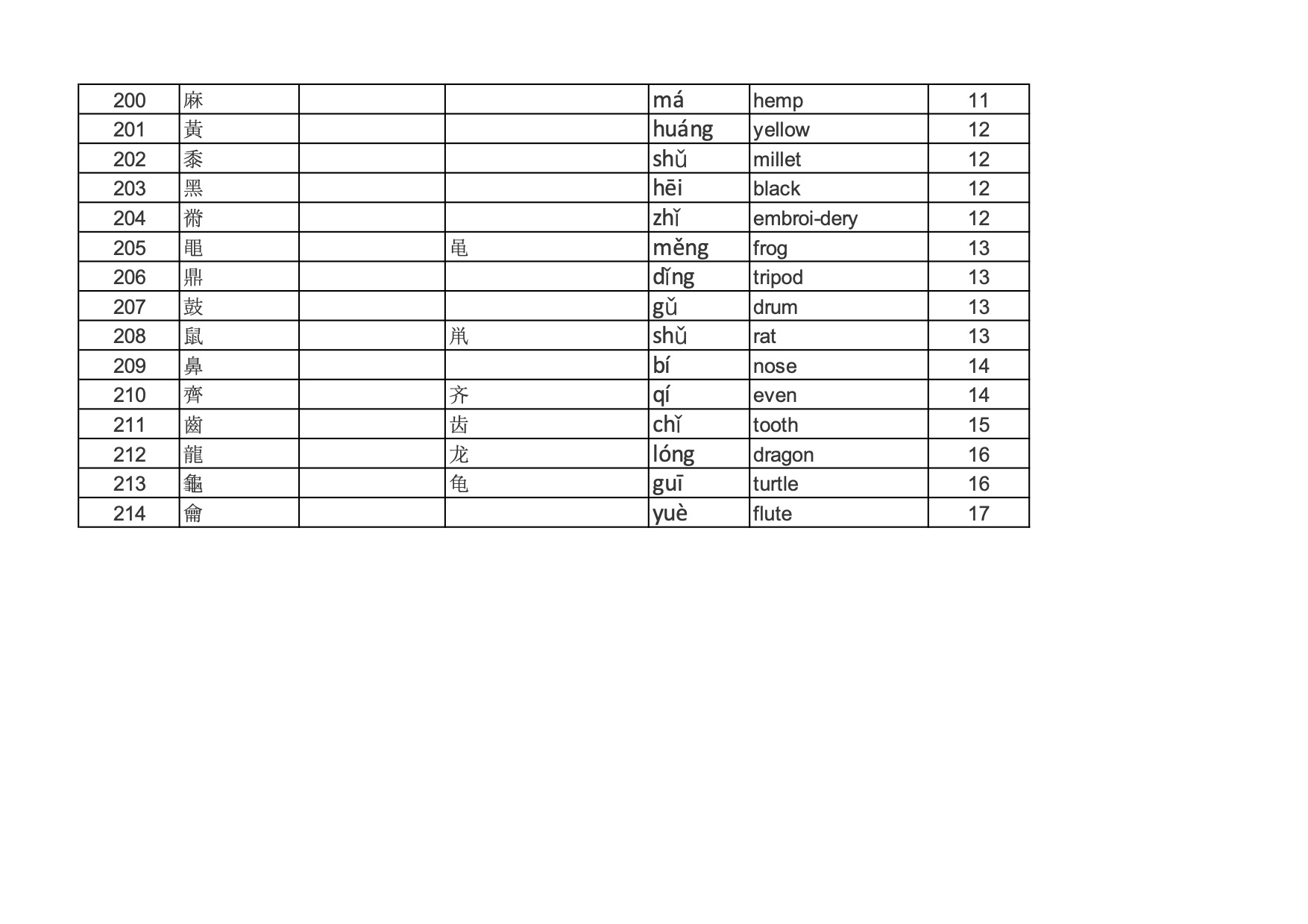 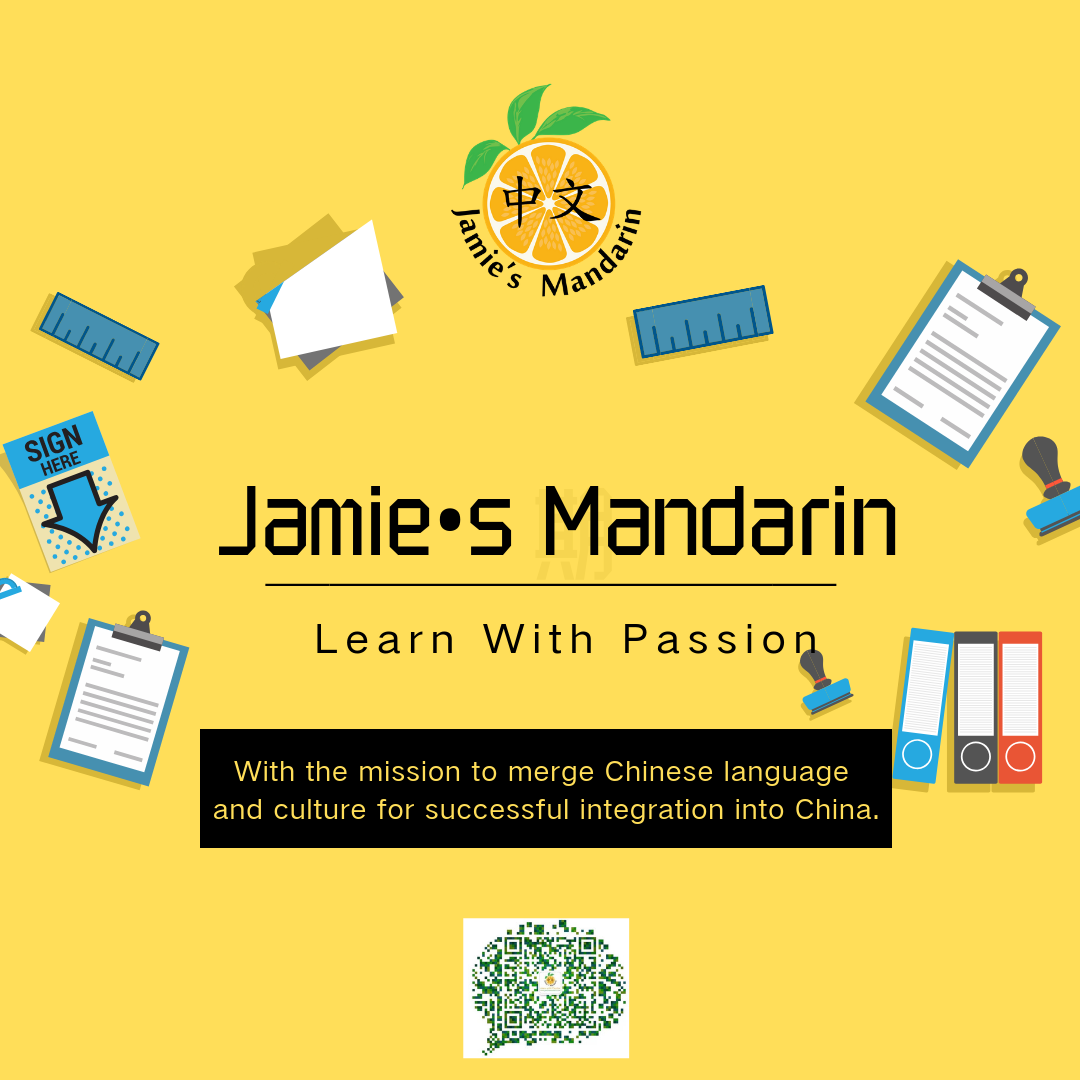 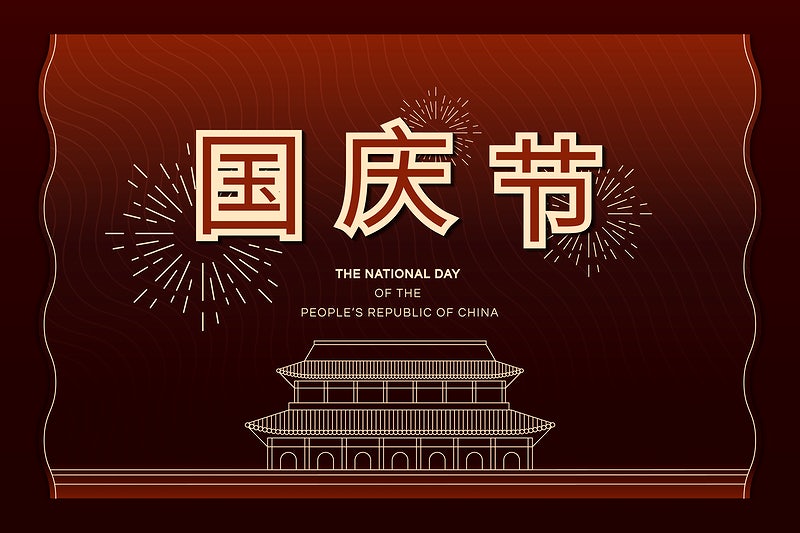 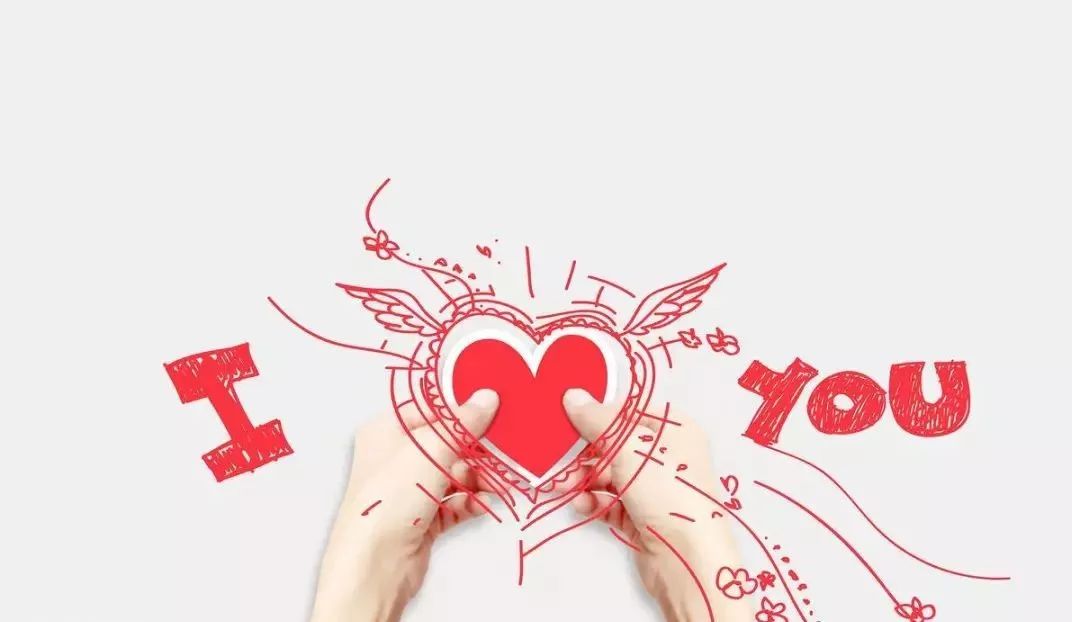